A Serving of Fudge? 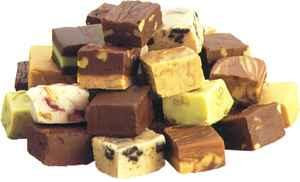 Boris Johnson is in Belfast this morning amid the disagreements between the U.K. and the EU, and indeed between him and Liz Truss.

Boris will hold talks with the party leaders in Northern Ireland and urge the DUP in particular to “get back to work” and form an executive.

He has pre-empted today’s visit with a 2,000 word article in the Belfast Telegraph that sets out in detail the U.K.’s objections to how the protocol has been implemented, insisting it would be “wrong” to scrap the whole thing, but vowing to pursue changes.

Patrick Maguire has a thread on some key passages, concluding:

“Regardless of whether you’re prepared to read it (or believe it was written in) good faith — or think it’s impossible to square with this government’s actions on NI — it’s arguably a weightier and more lucid exposition of No. 10 thinking on the Union than you’d expect from this PM.”