Who's Pulling The Strings? 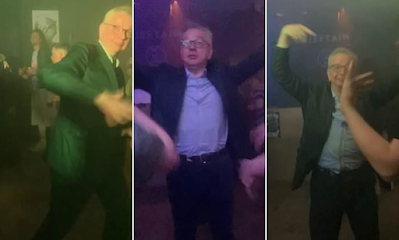 🚨 | NEW: The Taliban now has access to $85 billion worth of American military equipment

The Taliban now has more Black Hawk helicopters than 85 percent of countries in the world!
Posted by Ken Frost at 12:04 No comments:

Email ThisBlogThis!Share to TwitterShare to FacebookShare to Pinterest
Labels: taliban

Top U.S. diplomat says the State Department put out repeated warnings every three weeks to Americans in Afghanistan telling them to leave since April: “People chose not to leave. That's their business," Ross Wilson said. pic.twitter.com/hr5HlLxA0F

The U.S. Embassy in Kabul, Afghanistan seeks a Public Engagement Assistant. The incumbent functions in an extremely sensitive political environment in which an ongoing insurgency adds to the urgency of accurate media reporting. https://t.co/tfm3aISgkC

Hindsight is a Wonderful Thing! 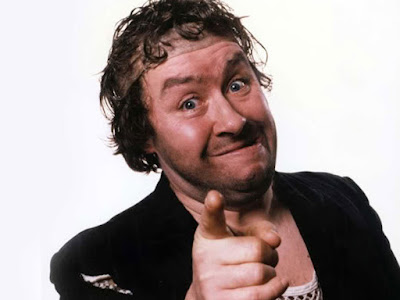 🚨 | NEW: Dominic Raab has admitted that with the “benefit of hindsight” he would have come back from his holiday earlier

Boris To Push Biden For Extension

Boris Johnson will push Joe Biden to delay US withdrawal from Afghanistan.

This is utterly pointless without the Taliban's buy in!

Email ThisBlogThis!Share to TwitterShare to FacebookShare to Pinterest
Labels: taliban

Ian will bat for 🇬🇧 business Down Under and help them seize the opportunities created by our historic trade deal.

He’ll do a brilliant job👇https://t.co/Fl4Q1eRao8

Today the UK 🇬🇧 convened a meeting of G7 Foreign Ministers on Afghanistan. G7 Ministers discussed coordination of the ongoing evacuation efforts and how the G7 can forge an international strategy to address the challenges we now face in Afghanistan. pic.twitter.com/iLMqxnWNoo

Seemingly the civil service and those in his own party are now briefing against him.

Come the next reshuffle he will not be sacked, but moved.

Mercer-Less Slagging Off of The Tory Party 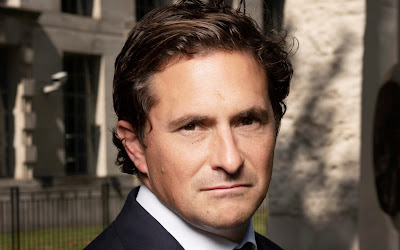 "Being in a Tory Party at the moment is like working for a really shit company where everyone takes the piss out of you and everyone running it hasn’t got a clue." 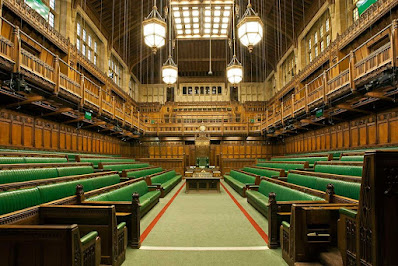 The Commons has returned to the Palarse today to debate the Taliban and the hasty and unseemly exit from Afghanistan.

Much hot air will be expended today on the motion:

“That this House has considered the situation in Afghanistan."

Which will mean fuck all to the people trapped inside Afghanistan wanting to escape the Taliban.

The bottom line is that without American support (political and military) the UK has no power to influence anything in Afghanistan.

On the subject of hot air, Biden finally broke his isolation from world leaders by calling Boris yesterday from his holiday home at Camp David.

Seemingly Boris managed to rebuke him, as diplomatically as one can do with a president:

“The Prime Minister stressed the importance of not losing the gains made in Afghanistan over the last twenty years, of protecting ourselves against any emerging threat from terrorism and of continuing to support the people of Afghanistan.”

The British government and the governments in Europe are now scrambling to sort out what they can of Biden's clusterfuck.

It's one almighty mess, and one that shouldn't have happened! 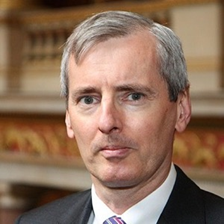 British ambassador to Afghanistan, Sir Laurie Bristow, has stayed behind at Kabul airport to process visas for Afghans who worked for the U.K.

The US counterpart fled in a chopper.

Parliament will be recalled on Wednesday for a statement by the prime minister and a debate on the situation in Afghanistan.

The Commons will be recalled to sit from 9.30am. and the Lords from 11am. The PM will make a statement followed by five hours of debate, with no vote expected. The orders allowing MPs to contribute remotely have now lapsed, so anyone wanting to take part will have to attend the Commons in person.

Somewhat pointless given that the coup has already happened.

However, at least the PM has publicly spoken since the fall of Kabul, which is more than Biden has done"

The Last Chopper Out of Saigon/Kabul

Thanks to a decision by Biden (that will go down in history as one of America's greatest foreign policy and strategic blunders of the last few decades) America is rerunning its humiliating evacuation from Saigon (this time from Kabul).

At the cost of countless lives, $1 trillion and a whole heap of equipment America has realised that the 20 year war in Afghanistan was unwinnable.

Whilst that may well be the case, what Biden failed to grasp when he made the decision to withdraw (although he will be grasping that now) is that the Taliban will takeover Afghanistan in a matter of weeks, and establish the country as the go to address for every terrorist group on the planet.

The war, in the form envisaged by America when it entered Afghanistan 20 years ago, was unwinnable. However, training a local army to hold out against insurgency takes more than air support and high tech equipment (especially when you withdraw that). Like it or not, if America wanted to keep the Taliban out, then it needed to maintain a presence there to stiffen the resolve of the local army and to ensure that they were properly trained.

As per Johnny Merer MP:

"“If you are looking to rebuild an entire nation’s military capability to withstand ever-evolving adversaries, such as ISIS or the Taliban, you cannot do it in one or two decades. You can get the bulk of it done in that time, but the technical expertise of learning skills like fighting close combined arms battles or maturing a high-risk man-hunting special forces capability — the bedrock of any counter-insurgency campaign — takes a far greater period of time.

I know this, because that’s what I did in 2006, 2008, 2009 and 2010 in Afghanistan. It’s technical; it’s hard work; it requires a long-lasting commitment. But done properly, it is absolutely worth it in terms of reducing an insurgency’s momentum, building capability and, crucially, confidence in partnering forces, and critically reducing civilian casualties while retaining Afghan consent.”

"“the likelihood there’s going to be the Taliban overrunning everything and owning the whole country is highly unlikely.”

Biden has badly misjudged this, and the consequences of his misjudgement will be felt by the world for decades to come! 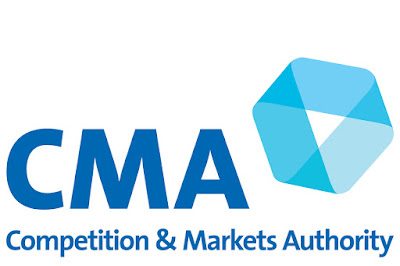 Hapless holidaymakers are being fleeced rotten by the extortionate fees charged by PCR test companies.

Sajid Javid wrote to the Competition and Markets Authority (CMA) last week to ask them to conduct a “rapid” review of the companies flogging these rip off tests.

Yesterday, the CMA wrote back to Javid telling him it would send him its findings in the next month.

Emboldened by better than expected Covid figures, ministers are piling the pressure on civil servants to stop working from home and return to the office.

One nudge being bandied about is the threat of a pay cut for home workers. As to whether this actually happens remains to be seen.

What Happened To Rishi's Letter? - #LetterGate 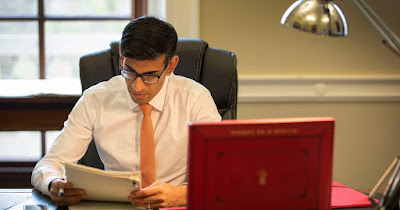 As the media try to stoke up tensions between Boris and Rishi over the letter that Rishi sent Boris wrt Covid restrictions on travel, the real issue that has not been satisfactorily explained is why the hell did Boris only learn about the letter from the media?

Had an official really forgotten to tell Boris that Rishi had written to him, or had the official deliberately withheld the letter, or had Boris simply not opened his red box?

We will never know the truth!

Keir and Boris Invoke Ghosts From The Past 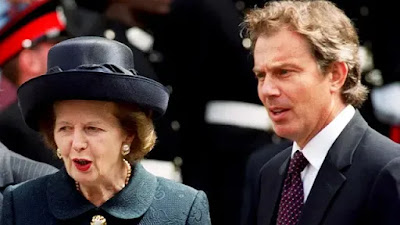 For reasons best known to themselves, both Keir and Boris invoked ghosts from the past yesterday by referring back to the halcyon days of the premierships of Thatcher and Blair.

Could it be that the current leaders of the Tories and Labour don't actually have any policies of their own? 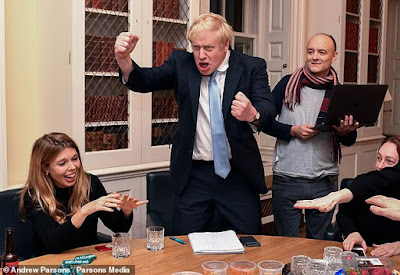 Dominic Cummings has laid into Carrie Johnson again, this time in an interview with the Spectator.

Cummings claims the PM said his then-girlfriend-now-wife Carrie was driving him “crackers” and that he wanted to “find her a job with lots of foreign travel — could we get the Cabinet secretary to give her a job on COP26, traveling round with Kate Middleton.”

It's almost as though Cummings is jealous that Carrie won Boris's heart and attention over that of Cummings.

Jeremy Clarkson is right ,when he says that governments can't even fix potholes in our roads.

Are we fools, or are politicians conmen?

Email ThisBlogThis!Share to TwitterShare to FacebookShare to Pinterest
Labels: politics

Much to the relief of the travel industry, Boris and Number 10 have confirmed that there will be no public amber watchlist.

However, there is in fact a secret amber watchlist for government eyes only; as ministers need to know which countries are of concern in terms of case numbers and variants.

Will Boris Save The Summer?

“Ministers have a week to salvage the summer.” My latest thoughts on the failed traffic lights system. @GBNEWS @ThePCAgency pic.twitter.com/3mHpme5CPM

Given the recent polling, and newspaper headlines citing various minister show want travel restrictions loosened, it is likely that the traffic light system will not be further complicated.

“An amber watchlist will be viewed as a massive red flag which is likely to cause bookings to those countries on that watchlist to collapse.

In my view, we don’t need any more uncertainty, complexity, or anxiety for passengers, or this beleaguered sector. It just needs clarity. I would urge the government not to do anything with it.”